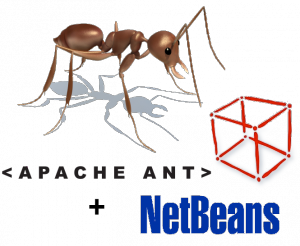 Netbean have a useful management of project based on Ant, but when you build a project with inclusion of JAX-WS library it fail on portable aspect. I’m going to explain how I have resolved this issue.

In my job experience if my client or my boss ask me a Java project with delivery of source code and Apache Ant for the management of build process, I work with Netbean. Netbean have a useful management of project based on Apache Ant, but when you build a very big project this Apache Ant management can fail in some aspects. One of this is the inclusion of JAX-WS library. So on my workstation where Netbeans is installed it works well but when I commit on my continuous integration, I have an indefinite classpath problem.

On my local environment, with Netbeans or with Apache Ant command line compilation, all works very well but when I launch the same project into the continuous integration environment (no Netbeans installation is present) I have this error:

Netbean, into the installation process, store some common library on own installation directory and it configure their private Apache Ant installation to use it. Some of this configurations are saved on windows registry or, on linux device, Netbean store the classpath on the launcher of the human interface. On my version of Netbean (from 6.x to 7.2) the configuration of JAX-WS library is stored on variable

and it’s initialized (maybe) at start-up of Netbeans or it’s filled (I think) at opening of project into the editor. This variable is used on auto-generated nbproject/jaxws-build.xml file into the follow section:

Some notifications of this problem exist on Netbean bugtrack system and exist differents method to resolve it. Many times I resolved it with the simple inclusions of all library into the ANT_PROP or Java CLASSPATH or system PATH variables. It sounds good for small projects. Otherwise when the project have too many libraries this tecnique introduce new problems for management or, in some system, it re-introduce problem into the build process.

For me the best solution is overwrite the target named “wsimport-init” on build.xml. The Netbeans project structure allows you to modify the build.xml because Netbean not overwrite this file after one customization of project via Netbean Project Properties panels. So:

That’s all, now my project is NetBean installation free!